How to import dates from Iran?

Iran is the second largest producer of dates in the world after Egypt. Also, Iran also plays an important role in exporting Iranian dates to the countries with the largest volume of imports of this product. Iran annually produces over 1 million tons of various Iranian dates, of which about 400 thousand tons are exported. This volume of exports in the year will bring about nearly $ 300 million to Iran.

Among the European countries, the three countries have Dates consuming in comparison with other European countries. Germany, England, and France are three countries that import Iranian dates. The first and foremost reason is the presence of Muslim populations in these countries. Because dates are a fruit that is highly adapted to the taste of Muslims. France is also one of the countries in Europe with a large number of migratory Arabs, who are often the consumer of dates, with the possibility of importing dates from Iran. In addition, the climate of most European countries is not suitable for the growth of dates.
Another factor that causes the use of dates in Europe is the natural sugar and sweets found in this fruit. Also, other than proteins and minerals, dates are a good alternative to sugar throughout the year. So, we conclude that it is abundant to eat dates throughout the year. 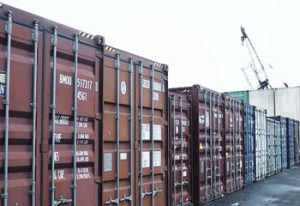 Other good markets for exporting dates are Iran, Canada, and Australia. The two countries are home to Iranians because of their high migration. In their various cities, there are supermarkets in Iran that can supply the Iranian people with this fruit.
Iranian export dates to more than 70 countries around the world. Several countries are constantly importing Iran-quality dates. European countries such as Germany, England, Switzerland, Denmark, Spain, Russia and Canada in the Americas, China in East Asia, Pakistan and Iraq and Turkey in the neighborhood of Iran, the Persian Gulf countries are the customers of Iran’s traditional dates.

India is the largest importer of Iranian dates. About 200 million Muslims live in India, accounting for roughly 15 percent of the country’s total population. Due to the fact that Iran is close to India in terms of distance, India is at the forefront of importing dates from Iran. The highest amount of date exports to India is Mazafati dates date and the lowest amount of date exports to India is the Piarom dates.
Southern Iran produces the largest amount of dates. The Bam area in Kerman holds about 28% of the total Iranian date production. The most famous type of dates in Kerman province is the Mazafati dates. 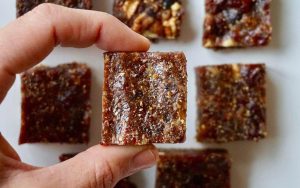 After the province of Kerman, Hormozgan is the largest producer of dates in Iran. Obviously, the products of this region can also be exported to different European and Canadian countries. Hormozgan province has about 16% of the total production in the country. Piarom dates are the most famous export dates for this area. Due to it’s long lasting and rich in nutrients, Persian dates are the most expensive Iranian export date.
The third date producer in Iran is the Bushehr province. One of the most famous varieties of Iranian export dates in Bushehr is Kukabab. This province accounts for about 15% of the total date production in Iran.
The fourth place is the production of Iranian export dates for Sistan and Baluchestan province. The famous type of export dates produced in Sistan and Baluchistan province is Rabi dates.
The fifth date producer in Iran is Khuzestan province. The most popular type of Khuzestan dates is in the export market, Sayer Dates.

Although Iran is the world’s second-largest producer of dates, the share of Iranian dates in the European market is 10%. The key factor is the market share, poor marketing, and the lack of compliance with existing standards, both in terms of size and packaging. With a little studying and raising the quality level as well as the variety of packaging, Iran’s share of exports to Europe is increasing.

Sunexport Marketing team is always studying on the markets of European countries. We believe that Iran’s agricultural products have high-quality. Dear Iranian people living in Europe, confirm the fact that the taste of Iranian fruits and juices can never be found in that region. Therefore, please contact the sales department for inquiry on the price of Iran dates.