Although there has not been much research on the benefits of mamra almonds to the brain, there are compelling reasons for its usefulness to the brain.

Mamra badam is rich in niacin, with half a serving of half the body’s daily need for this vitamin.

Also, mamra Almonds are a rich source of many nutrients that help grow and maintain the health of the human brain.

SunExport, mamra almonds online company, exports the best mamra with the best price all over the world.

According to scientific evidence, these two substances, by increasing brain activity, reduce the risk of Alzheimer’s disease. Studies have shown that adding almonds, as well as almond oil, to the diet is very useful for nourishing and improving the overall health and functioning of the nervous system. 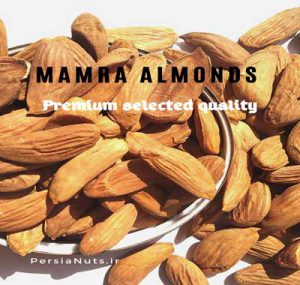 Almonds also contain zinc and minerals that strengthen the immune system. Zinc is also an antioxidant that fights free radicals in the bloodstream. These free radicals are responsible for attacking and destroying brain cells.

In addition, almonds also contain vitamin B6, which stimulates brain cells to grow older. Omega-3 and omega-6 fatty acids in almonds help boost brain levels, and magnesium also boosts the brain’s nerves. Due to all these nutrients in mamra, it is known as effective brain food. Useful as a morning snack during exams.

Almonds are one of the best sources of Vitamin E. Vitamin E intake usually decreases the rate of aging due to mental retardation. Research has shown that older people who regularly receive enough vitamin E can recover some of their memory and speech abilities. Given the importance of vitamin E for brain health, adding almonds to the diet is a great way to improve brain health and prevent its decline in function in old age.

It is associated with increased levels of intelligence and as a food, it has an important role in helping children grow Research has shown that there is a potential association between niacin deficiency and an increased risk of brain diseases such as dementia or Alzheimer’s disease. Preliminary research, on the other hand, has shown that peanut consumption may reduce the risk of Parkinson’s disease.

How to eat almonds?

Many mothers soak almonds in the water and feed their children every morning. It is sufficient to consume two or three moistened almonds in the morning; also, if the almond bark causes allergic reactions, you can remove the outer bark of the almonds after soaking it in water because the substances There are not many nutrients in almond skin. A quarter cup of almond or hazelnut provides about half of the body’s daily need for this vitamin

Mamra badams have best benefits for the brain. Sunexport, Iran dry fruit company, exports the best kind of Iranian almond at the most affordable prices around the world. For any inquiries, do not hesitate to contact us.