If we are to write a list of Iranian dishes, we will probably need a multi-volume book. However, some of the traditional Iranian cuisines are always at the top of the list of Iranian cuisine. Iranian tablecloth is a colorful table and the food culture of this land is also very rich in culture. Iran is a big country and thanks to that, it offers a variety of dishes and cuisines for all types of tastes.

Various local cuisines are available in different parts of Iran, according to available facilities. One of the memorable memoirs of foreign tourists is the travel to the country’s four seasons and the mythical Iran of its delicious food. Persian cuisine has always something to tell you.
Some time ago, The Daily Telegraph had brought up 10 food reasons for which tourists should travel to Iran and experience the amazing taste of Iranian food. According to the author of the report, tourists can enjoy a variety of Iranian food in Iran like a king.

Kabab has a great reputation and popularity among Iranian and foreign tourists. In addition, there are other foods that are very delicious for foreign tourists. Persian food has always been a topic for tourism that their passage has even gone to Iran once.

A group of German tourists who recently traveled to Iran with a full charter flight, after having tasted the taste of Iranian foods, announced Iranian food as excellence for regional food. When Anthony Bordon,(the chef, and famous American performer) came to Iran.

Many messages from his followers were presented to describe the great taste of Iranian food. In this article, we are going to introduce 5 Iranian food from different parts of our beloved land, which probably will not be forgotten by any lovers of traditional Iranian cuisine.

Each nationality has its own taste, for example, Korean food is sweet and spicy. Indian food is fragrant and spicy, and the food of the people of Latin America is passionate. The taste of the Iranian people tends to be pickle and salty, and Ghormeh sabzi is known as the national symbol of Iranian taste.

This food can be considered one of the most important Iranian cuisine once a week in Iranian tablecloths. The main element of this green promise is green. Onions, lemons, as well as parsley, and, of course, coriander from the herbs used in this meal. Of course, Fenugreek is the main basis in its own taste. 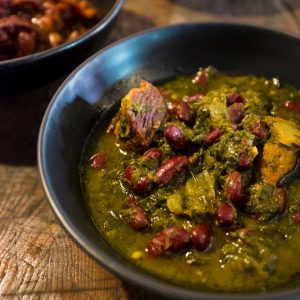 Ghormeh sabzi is The most popular Iranian food due to the variety of herbs such as parsley, thyme, and spinach along with red meat. Ghormeh Sabzi is the only food that few will enjoy enjoying it. One of the most important things to keep in mind when cooking this food is long-term cooking. After several hours, a mixture of thick and dark water on the top of the dish reveals high-quality food.

How to make Ghorme sabzi?

slice the onion into small pieces and Pour in a little pot of oil and fry the onions with a little oil to make it golden and then add type of herbs.

Add meat to onions, mix to change the color of the meat and add chili and garlic.

Add 3 glasses of boiling water to the material, cook the meat with suitable heat.

Slice vegetables after washing. pour a few spoons of oil into the bowl and mix the vegetables and herbs for about 15 minutes.

Approximately two hours should be cooked on the heat.

Fesenjan is one of the foods that every family cooked for its taste. The northern families make this stew sourer, but elsewhere in the country, it is sweet or sliced. Fesenjan is an important part of Iranian cuisine at parties, which is an awesome blend of pomegranate, chicken, or duck paste. Onions and walnuts are cooked in a thick paste of pomegranate. Sometimes they use saffron and cinnamon to taste it and sometimes add a little sugar to balance the taste. 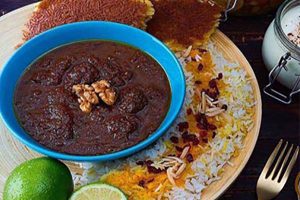 Fesenjan is one of the high-calorie Iranian foods, especially if it is used with red meat. If you cook with spices like cinnamon, it’s great food. Fesenjan, in addition to cardiovascular health, has beneficial effects in treating anxiety and reducing respiratory anomalies. A weekly Fesenjan intake reduces nerve stress in families. Fesenjan due to the presence of natural oils and walnuts, in addition to preventing cardiovascular diseases, has a sedative effect on human souls and souls.

How to make delicious Fesenjon?

Mix the Powdered Walnut with 3 glasses of water and place it on the fire until it reaches boiling.

Slice the onion into small pieces and Add a little salt, oil, pepper.

Approximately two hours should be cooked on heat.

Ash-Reshteh is one of the most familiar Persian foods and is a kind of thick soup with a dense texture of strings. A delicious blend of beans, legumes, and aromatic herbs, and the leaves of spinach and beet leaves are found in this feed. Using at least one nutrient from each of the main food groups has added to its nutritional value.

Using the string from the pieces of bread and cereals, legumes and sometimes meat from the meat and bean group, various vegetables depending on the region where the sauce is cooked, and finally, yogurt, which is added, adds a complete set of food groups in this Provides Iranian food. Food from ancient times has been linked to Iranian culture and life. This is actually a symbol of good humor and good wishes for the healthy return of the traveler. On the other hand, due to the valuable raw materials that are in the field, in Nowruz, it is also baked 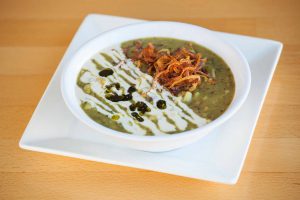 One of the simplest and most delicious Persian foods is called Zereshk Polo Ba Morgh (Barberry Rice with Chicken). Iranians love sour flavors. Like cranberries, barberries have a vibrant red color, but they’re even sourer. This classic rice dish is studded with red berries, which are dried and then rehydrated before cooking. The rice is cooked with plenty of butter, which helps to soften the intensity of the berries. Quince, rhubarb, green plums, sour oranges, lemons, limes, dried limes, sour cherries, tamarind, sumac, and pomegranate are all used in Persian cooking to make food more tart.

How to make Zereshk polo?

Slicing chicken pieces, then fry in oil until golden.

Pour the material together with 2 glasses of water onto the chicken and put in a pot and let it cook for about 2 hours with gentle heat.

Soak the rice with water and some salt and place it on the heat. 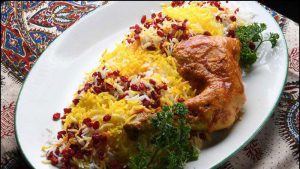 Kabab is one of the most popular Iranian cuisines and contains various vitamins C, D, B vitamins such as B1, B2, B6, B12, protein, calcium, iron, phosphorus, magnesium, sodium, potassium, selenium, and omega-3 fatty acid.

Kebab is very beneficial for athletes due to its high protein content and plays an important role in muscle building; the use of roasting also reduces fatigue caused by daily activities. Also, Calcium and phosphorus in this barbecue play an important role in maintaining bone health and bone strength and preventing osteoporosis.

Kababs are very useful for those who are suffering from weight loss; the balanced consumption of this roast is very beneficial for having a high iron content for pregnant women, especially in the first trimester of pregnancy. Kabab due to having omega-3s and vitamin B12 plays an effective role in relieving stress and depression and creates mental relaxation, especially in children with autism. 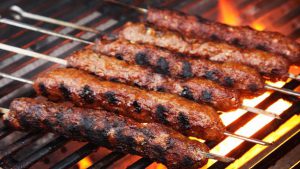 How to make Kabab?

Mince the meat of the sheep and trim of the calf equal to three times.

For each kilogram of meat, consider 250 300 grams of onions and water.

Take some of the meat and stick it with a wet hand. Put the meat firmly into the skewer and keep it in the refrigerator for an hour.

On a trip to Iran, you will encounter a wide range of delicious Iranian cuisines. Take a look at Iran’s extensive map and geography, You will find out where this unique diversity originates. Iranian food culture is an attractive and interesting part of their cultural relations. Food is very respected in Iran. Also, food is considered to be very valuable in the culture of Iranian food, and eating alone is a kind of disrespect for family members and an indication of the inadequacy of family relationships.

The method of cooking in Iran is very unique. So, one of the features of traditional Iranian foods is the consumption of various foods from various food groups, and this is exactly the same as the current recommendations about the diverse and balanced consumption of food from pheromone groups. By providing herbs and spices suitable for all kinds of Iranian food, Sunexport has a strong foothold in expanding Iranian cuisines throughout the world.